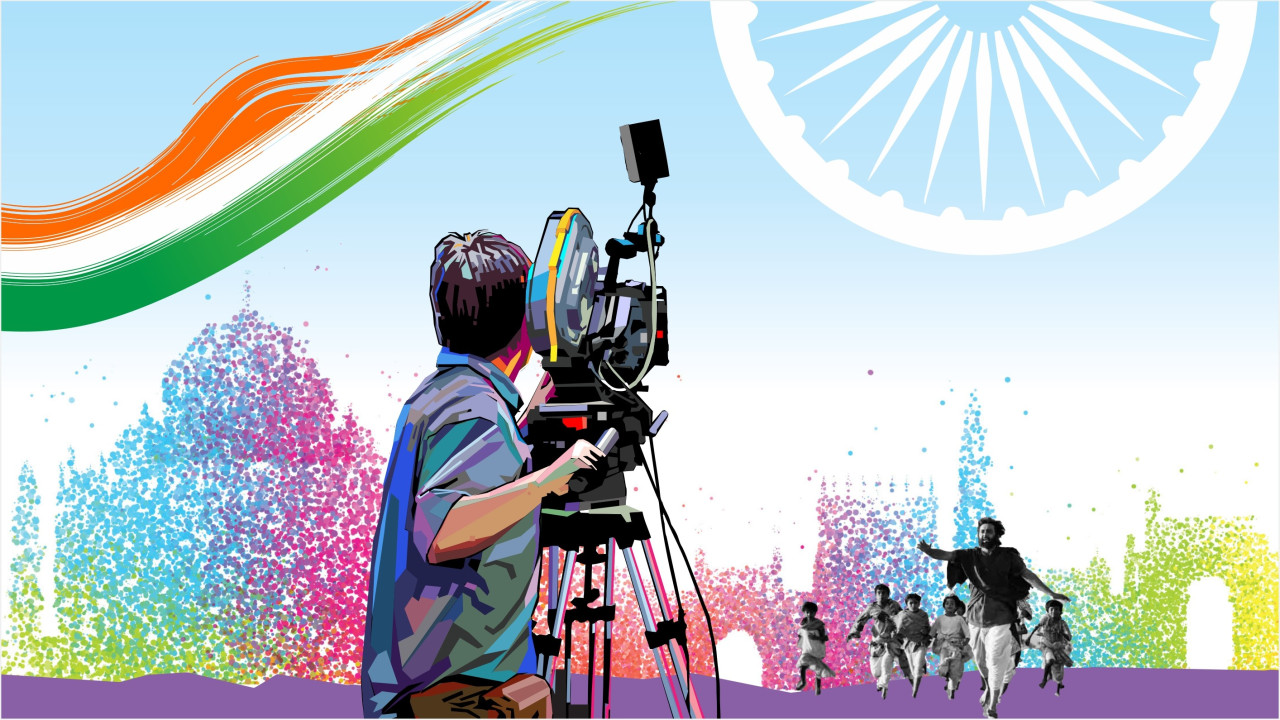 India will be the official Country of Honour for the Marché du Film 2022, set to run in Cannes from 17-25 May. The country is celebrating its 75th year of independence just as the Festival de Cannes celebrates its 75th anniversary – a momentous milestone for both institutions!

The celebration will kick off during the Marché’s traditional Opening Night festivities on Wednesday 18 May on the Majestic Beach following an introduction from the Marché du Film’s Executive Directors Jérôme Paillard & Guillaume Esmiol and a welcoming address from Anurag Singh Thakur, the Government of India’s Minister of Information & Broadcasting.

With more than 3,000 movies made per year, India is the largest film producer in the world. Apart from Bollywood, the country is home to over 30 regional film industries, and its film sector is estimated to generate a revenue of €2.6 billion by 2024.

As one of the highlights of India’s status as the Country of Honour, a special screening of a restored Indian classic film, directed by Indian auteur Satyajit Ray, has been planned as part of the Festival’s Cannes Classics selection. In addition, world premieres of a selection of Indian films will be held at the Olympia Cinema.

The India Forum will be the first event to open the conference program of the Marché du Film on Thursday 19 May and will feature acclaimed personalities from India and around the world on its Main Stage. The panel discussion, “India: The Content Hub of the World,” will feature the Government of India’s Secretary of the Ministry of Information & Broadcasting Apurva Chandra, Chairperson of India’s Central Board of Film Certification Prasoon Joshi and veteran Indian filmmaker Shekhar Kapur, among others.

India will also be spotlighted through several of the Marché du Film’s diverse group of industry programs, including:

Like every year, the India Pavilion will return to the Festival de Cannes at the iconic Village International. The India Pavilion, which will be officially inaugurated on Wednesday 18 May, will showcase Indian cinema in all its linguistic, cultural, and regional diversity and will serve as a networking platform for delegates from across the global community. The pavilion’s aim is to establish international partnerships in film shooting, distribution, production, script development, technology and promoting film sales and syndication.

This is the first time the Marché du Film has an official Country of Honour, and this special focus will continue annually with different nations in the spotlight at future editions.

“We are delighted to have India as our Country of Honour this year at the Marché du Film; and even happier to be able to share the celebration of our anniversary that we have in common – 75 years of Indian independence coinciding with the 75th Festival de Cannes!” – Jérôme Paillard & Guillaume Esmiol, Executive Directors of the Marché du Film.

“We are extremely proud to be the Country of Honour at the upcoming edition of the Marché du Film, in the 75th year of our independence. We are taking giant strides in making India the content hub of the world, and this collaboration will be crucial in making the world better acquainted with what India has to offer.” – Apurva Chandra, Secretary, Ministry of Information & Broadcasting, Government of India.

Right at the Marché du Film chose India as country of honour this year, a brand new restoration of Indian director, writer Satyajit Ray’s rare movie Pratidwandi will be presented in an exclusive screening. Present at the Festival de Cannes since 1956 with Pather Panchali, Satyajit Ray will have left his mark on the world of cinema with his great body of work.

Pratidwandi (The Adversary)
Satyajit Ray
1970, 1h49, India
Presented by NFDC – National Film Archive of India, the film is restored under National Film Heritage Mission, a project undertaken by the Ministry of Information and Broadcasting, Government of India. The original 35mm Camera Negative, which was scanned in 4K on ARRISCAN XT, and the original 35mm Sound Negative were provided by producer Ms. Purnima Dutta for this restoration. Few portions of the negative were damaged and were instead scanned from a 35mm Release Print. The restoration was carried out by Prime Focus Technologies, Mumbai, and grading was supervised by renowned Indian cinematographer, Mr. Sudeep Chatterjee.