Great success of the first edition of Le Ballon Rouge 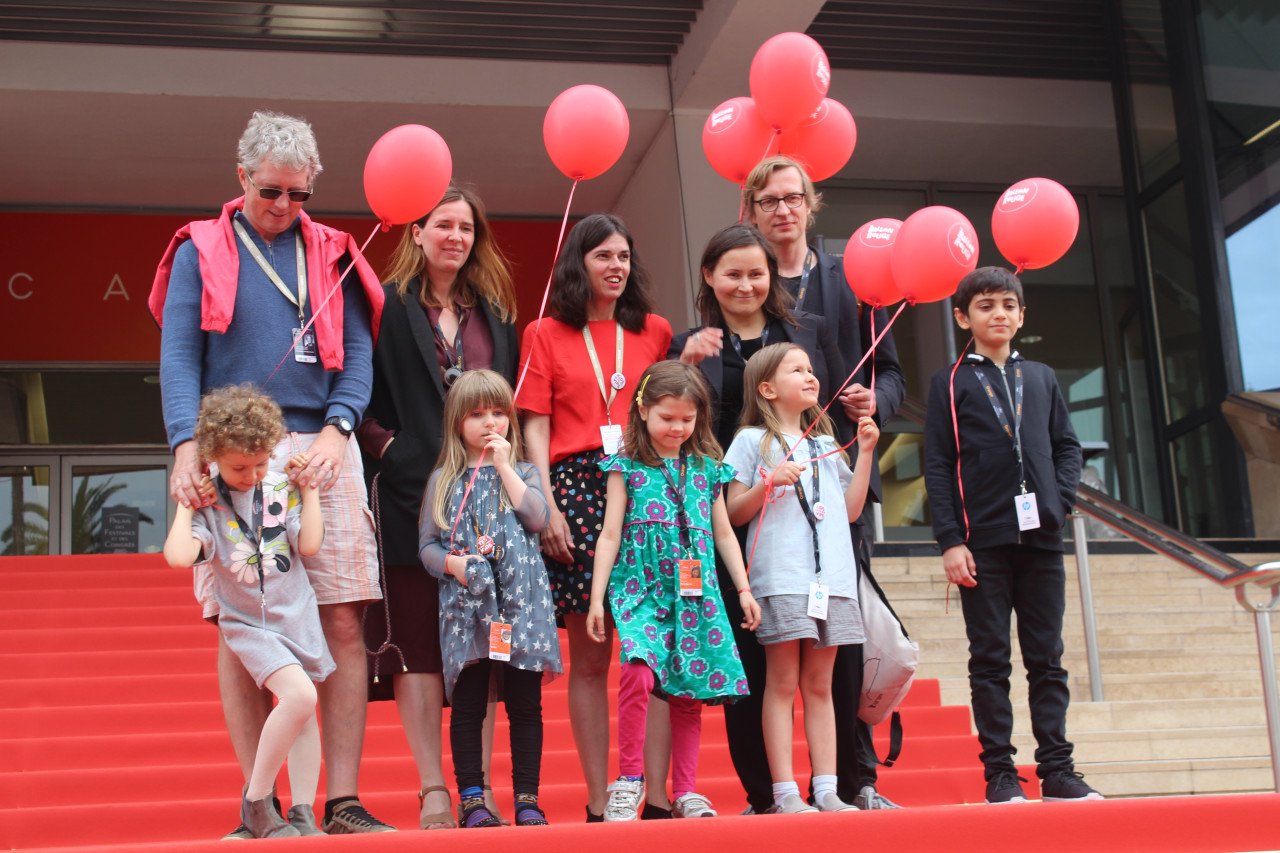 Le Ballon Rouge wraps up with the most ambitious pack of family-friendly services offered by an A-Film Festival and Film Market.

More than 120 families were registered through the newly-launched family-accreditation service, and 25 children benefited from the childcare services provided at the Village International Le Ballon Rouge Kids Pavilion. A core team of 4 nannies and 1 nurse from Nanny Please, 9 volunteers from Cannes Volontaires, a group of 15 industry parents from Parenting at Film Festivals, 8 professionals from the core team of the Marché du Film and more than 15 industry sponsors, celebrate together the success of this first year’s teamwork.

“Now that we have understood the needs, the importance and the volume of the demand, we will expand next year. We have met the Mairie de Cannes and the Syndicat des Hôteliers to reinforce the family-friendly services in the near future. In 2020 Le Ballon Rouge will be strengthened in size, services and infrastructure.”

“At the beginning we were thinking in a sort of parents lounge for baby-friendly meetings, but the daycare has made a huge difference for industry professionals and talents. I have supported the Marché du Film to green-light and set this initiative.”

“We have seen key media from all over the world observe this initiative and describe it beyond its pragmatic impact: Le Ballon Rouge symbolic value is a game-changing milestone for diversity, inclusion, gender-equality progress and is ultimately breaking stereotypes.”

Sarah Calderón, co-founder of Parenting at Film Festivals & CEO of The Film Agency

“We’re here to inspire our industry and the society in general, to create initiatives that contribute to work-life balance. Many movements for change have started in cinema before expanding to the rest of society, and this is the case again. The festivals are listening and we’re teaming up with them to bring practical solutions.”

The trend is set: strollers, milk and balloons were part of the Cannes Croisette ecosystem this year. Festivals top managers and directors of Rotterdam, Toronto, San Sebastián, Berlinale, Annecy and Venice are visiting personally Le Ballon Rouge and taking good note of the best practices to adapt them soon. The European Commission – Media Programme included Le Ballon Rouge amongst the three best practices showcased to contribute to gender-equality, the American Pavilion hosted a networking playdate and the festival itself curated a screening called Petit Héros organized with Autour de Minuit for the smallest and most important visitors this year.

“The feedback of the parents cannot be better. They felt supported, cared and found a great balance spending their days in Cannes together with their families. We are now a solid and united community and will contribute to expand this kind of initiatives around the world creating groups in each territory.”

The most important part is ultimately that the kids really felt like the new VIPS. They were happy to have their own accreditation, their bag, and their space, be next to their families and at the same time enjoy, dance and play with their new international friends.

“Our priority was the security, health, tranquillity and joy of our children. We dedicated days and nights over two months to set this unprecedented project for them and for their future. It’s not about the hassle at the entrance of the Palais which you can have also in any airport when you travel with kids, we will go further. The message is out there: if we managed to set a daycare in a harbour at the Côte d’Azur, this can be done anywhere.”

Enjoy Le Ballon Rouge 2019 major highlights in our wrap-up video below and keep tuned for updates on the initiative in 2020!