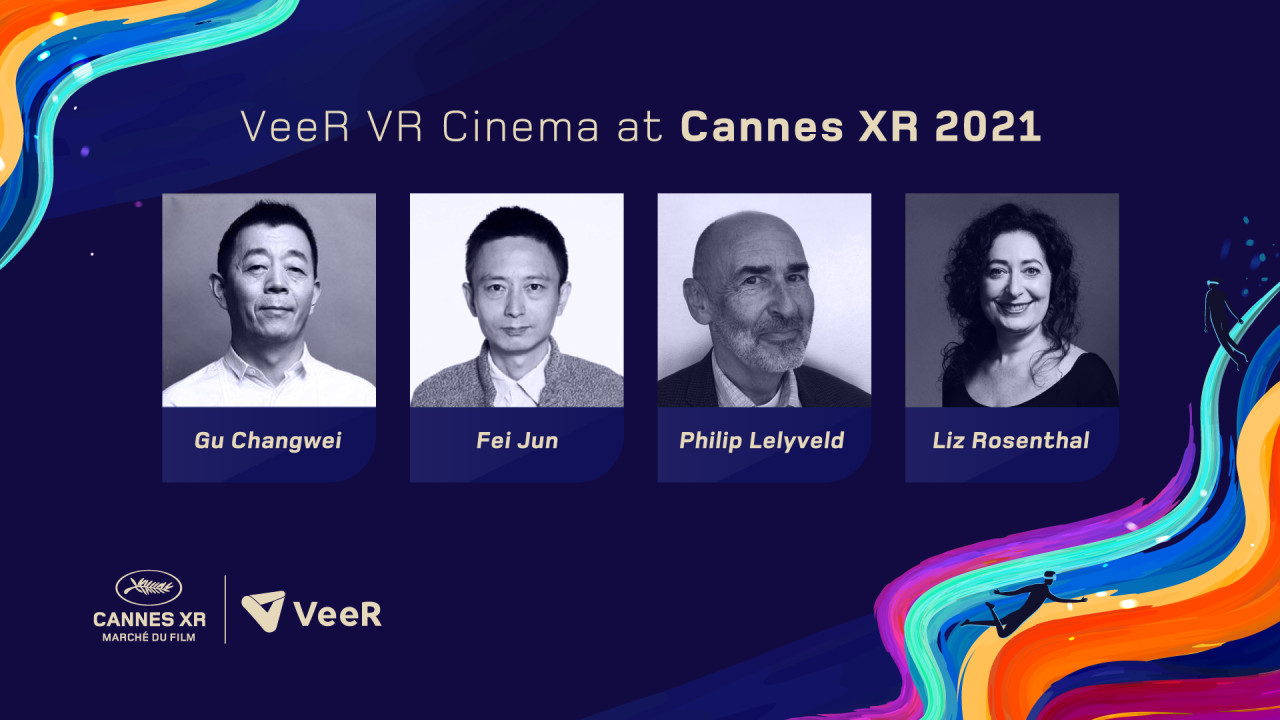 The VeeR Future Award 2021, a cornerstone of the Cannes XR programme, announced jury board members for its selection for the most immersive, compelling, and innovative virtual reality (VR) works. Cinematographer and film director Changwei Gu will be leading the jury panel.

The four members of the jury are Changwei Gu, VR content curator, and producer Liz Rosenthal, industry expert Phil Lelyveld as well as artist, designer and educator, Jun Fei. The endless possibilities that VR brings to storytelling have put media convergence at the center of discussion.

The filmmaking industry, tech companies, artists, investors, and distributors are all paying close attention to the development of immersive technologies and how they will revolutionize the media and entertainment business. This year, the Cannes XR and VeeR have put together a judging panel with diverse backgrounds and experiences, who will bring their professional perspectives to the judging process.

Changwei Gu, the lead of the jury, is considered one of the most influential Chinese filmmakers today. He has 12 wins and 7 nominations of a variety of film awards, including a Silver Bear, Jury Grand Prix of Berlin as a director, and an Oscar nomination of Best Cinematography. Gu is no stranger to Cannes, having brought his highly acclaimed debut feature Peacock to compete for the Cannes Palme d’Or in 2004. Before branching out into film direction, Gu was the cinematographer of Farewell My Concubine, the only Chinese-language film to have won the Cannes Palme d’Or. Many of Gu’s cinematographic works have participated in Cannes’ main competitions and screenings, including Red Sorghum, Ju Dou, and King of the Children. This is his first time partnering with the Cannes XR and VeeR Future Award.

“Cannes has always been advancing with the times, so I’m not surprised to see that it has dedicated a new programme to XR,” says Changwei Gu. “I’m honored to be a part of it, and I’m curious to find out what these emerging technologies could bring to the industry. I believe VR is a powerful tool when it comes to creating a unique audiovisual experience for our audience. It allows the filmmakers to have bolder imaginations, and will ultimately reform the way we tell stories. I look forward to seeing VR applied to a wider range of fields in the content creation industry.”

Liz Rosenthal is the founder and CEO of Power the Pixel, executive producer at CreativeXR, and curator of Venice Biennale’s International Film Festival’s official selection and competition programme Venice VR. She shares her expertise and resources in innovative content creation, financing, and distribution to help creators, institutions, and media businesses adapt their works to evolving platforms, tools, and audiences.

Jun Fei is a professor of the Art and Technology Program, school of design, China Central Academy of Fine Arts (CAFA), chief creative director of MOUJITI ART+TECH, and was the head of CAFA Media Lab, and curator of Beijing Media Art Biennale. His artistic practice explores the narrative in hybrid fields that are constructed by virtual and physical fields. His works have been exhibited worldwide, and have received many international awards including the IF Design Award, Red Dot Design Award, German Design Award Special, and Design for Asia Award.

16 VR works stood out from hundreds of submissions and entered into the final race for the Best VR Story and the Best Interactive Experience awards. The jury will evaluate the projects based on storytelling techniques, immersive and interactive design, and innovations. The winners will be announced on July 12 at the online Cannes XR VeeR Future Award Ceremony at the Museum of Other Realities (MOR).

“We are glad to welcome such a prestigious jury for the VeeR Future Award in Cannes. On the brink of an industry-wide shift, it is the perfect time for decisions makers to come together andfocus on the future of cinema with XR Storytelling.” says Jérôme Paillard, Executive director of the Marché du Film.

📆 The works on VeeR Future Award’s shortlist will be available on VeeR platform and at MOR on July 6. VeeR will also bring these works to offline showcases via its ZeroSpace cinema chain in major cities in China including Beijing and Shanghai starting from July 13. Last year, the Cannes XR offline exhibitions were held in four major Chinese cities and received an impressive response from industry experts and viewers.

“The offline exhibitions in collaboration with Cannes XR were a great success last year,” says Jingshu Chen, Co-Founder of VeeR. “Celebrities and tens of thousands of audiences had a direct experience of immersive storytelling. Among them were some content creators who were deeply inspired by those brilliant works and started creating their own VR content.”

This year, VeeR will scale up the showcases, bringing a wider range of VR works created by artists worldwide to the audience. “Our ZeroSpace cinemas have been upgraded to support not only 3DoF but also 6DoF content to include more VR works and provide interactive experience.” Jingshu adds, “Having world-renowned film directors like Changwei Gu as head of jury for the VeeR Future Award, we hope to reach more audiences within the entertainment and media industry. We believe Cannes XR will attract more artists to join us in VR content creation and eventually drive immersive storytelling forward.”