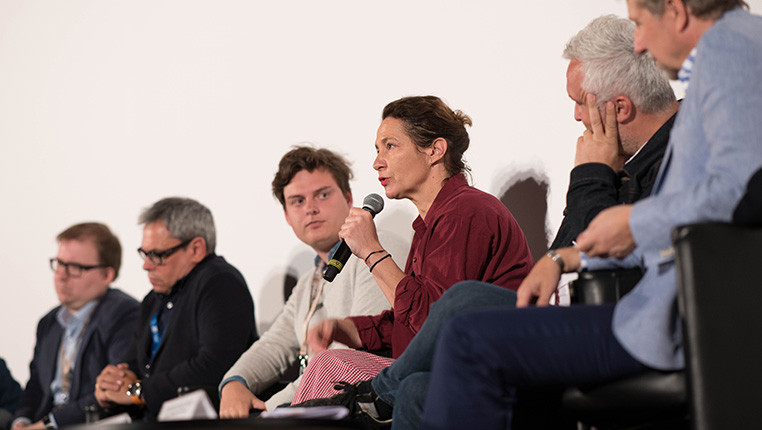 The Marché du Film is proud to launch this year its new program, impACT, zooming in on diversity, inclusion, representation, sustainability, responsible and ethical data use in the film industry.

The Marché du Film is thrilled to have the support of Microsoft to create the first edition of this key program.

impACT builds a pioneering showcase and platform connecting creativity and social change at the world’s leading film festival market. It aims to spark dialogue about the topics shaping today’s cinema climate and give industry pros the knowledge and tools to make informed decisions and take action to make changes that will influence the sector in years to come.

Top-tier creatives, experts and visionaries will explore how to drive great impact – both social and economic and how impact drives and shapes entertaining, meaningful creative content. The outcome-oriented program will empower participants on how the ripple effect of impact can change both the future of storytelling and the film industry itself.

This program has been designed by the Marché du Film’s team in partnership with Think-Film Impact Production.

Jérôme Paillard, Marché du Film Executive Director, said:
“The Marché du Film is proud to be embracing the importance of social impact throughout our creative industries in an even deeper way.”

Julie Brill, Chief Privacy Officer at Microsoft Corp., said:
“Future innovations in the film industry will be driven by digital transformation and insightful data analysis. Microsoft is proud to collaborate with Cannes’ Marché du Film and Think-Film Impact Production on the importance of privacy and responsible data use in creating the future of cinema.”

Danielle Turkov Wilson, Think-Film Impact Production Founder and Executive Director, said:
“It is crucial to unlock the impact value in the film industry to advance social issues. We are truly excited to help the film industry realise its impact potential.”

impACT is an extension of the Festival de Cannes’ and Marché du Film’s investment in corporate social responsibility that will dictate how the market and companies operate today and tomorrow.

impACT is designed to reflect on the film industry’s new reality. Each event will be an opportunity for industry professionals to exchange ideas openly and freely, reflect on the current climate, ask questions, engage in constructive debate and focus on the values aligned with a diverse film industry with content that speaks to all audiences. This transversal initiative will overlap with several of the Marche’s existing programs and add new perspective.

impACT will examine every stage of the filmmaking process to explore how to incorporate diversity, inclusion, representation and sustainability not only on the screen, but behind the camera in all stages of production.

Running through all the already existing Marché events and programs, impACT will offer inspirational speeches, round tables and master classes. The initiative aims to foster more meaningful storytelling and give the industry the insight and tools to achieve equality at different levels of filmmaking from script to screen.