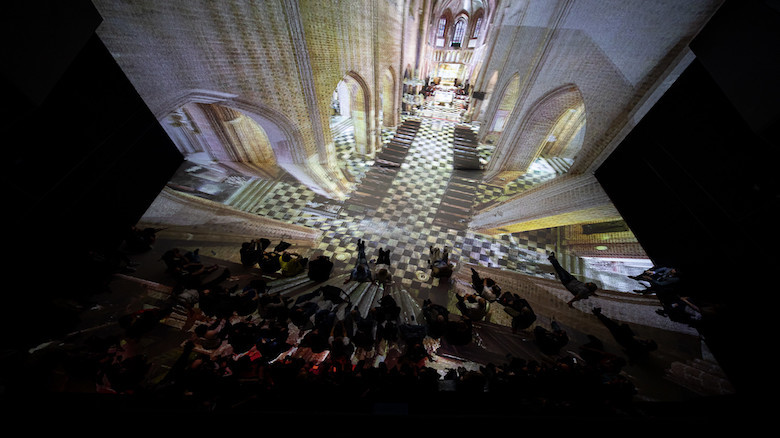 In order to adapt to the particular international situation due to the COVID-19 pandemic, Immersify reshaped its final demo and will propose in the coming weeks a final event that will take place in two parts.

Immersify is a European R&D project dedicated to developing the next generation of immersive media. The Marché du Film is one of the five partners of this project and should have hosted a project final event in May at Cannes XR, its program fully dedicated to immersive technologies and works, in connection with the art of storytelling and the film industry.

FINAL DEMONSTRATION IN POZNAN WITH LIVE STREAM TO LINZ

On June 17, in the laboratories of Poznan Supercomputing and Networking Center, the final demo of the Immersify project – combining technologies that we have developed over the last 3 years – will take place.

Together the partners have conducted research and work on video encoding, streaming and display technologies for immersive media applications in large visualisation environments such as 8K walls, deep spaces, dome theaters and future cinemas. In addition, they have worked on spatial and 3D sound technologies based on high-order ambisonic sound format.

These solutions will be presented during the demonstration. PSNC New Media Lab will turn into an immersive cinema space, where instead of VR glasses, viewers can watch a 360° image on a six-meter-wide screen with an 8K resolution. User interaction will be performed and the image will be freely scrolled and scaled preserving sharpness and details. An important element is the immersive sound played on the installation of 24 speakers placed around the viewer. Special ambisonic sound technology will allow the sound to be rotated and followed by the viewers every time they interact with the video. That gives a sense of true immersion.

To make this possible, three pieces of special 360° content were produced in various technologies: the first one is a modern music concert called “Noise and Structure” recorded in the unusual scenery of the PSNC building roof with a beautiful perspective of Poznan; the second one is a performance of the folk-rock band Krambabula recorded in the round modernist building called “Okrąglak”. Both video clips were recorded with a specially constructed 360° camera rig, which was composed of 8 cameras that allowed the recording in 16K resolution. The third one is a piece made of video renderings of point clouds acquired with the use of a 3D laser scanner in a fallout shelter built for the mayor of Poznan which has been preserved in its original state since the Cold War. A 7th order ambisonic sound was specially recorded for all these pieces, so that the viewers could fully feel as if they were in the centre of the events.

An additional element of the demonstration will be live streamed in 8K from Poznan in Poland to Linz in Austria using open internet connection and displaying the image on the Deep Space 8K large-format visualisation installation, from the Ars Electronica Center.

The demonstration will be also broadcast live in 360° video technology on the YouTube platform, which enables our followers to watch the experience at home during the difficult times of the COVID-19 pandemic.

Immersify’s final event was targeted for Cannes XR 2020 in May. Due to the COVID-19 pandemic, the Festival de Cannes and Marché didn’t take place in May and the Marché du Film, including Cannes XR, has been postponed to late June, and will take place online. Cannes XR Virtual, from June 24 to 26,  partnered with a VR platform, the Museum of other Realities, will reshape a groundbreaking event online and in virtual reality, proposing VR content and conferences in 3D. The Immersify project results will be presented during a panel at Cannes XR Virtual.

During the past three years, partners have been creating content for highly immersive environments using various techniques including 8K video shooting, timelapse photography, laser scanning and point cloud renderings, and very high resolution 360° video. In addition, they have been developing tools for the processing and exhibition of these immersive content productions, including video codecs, media players, and ambisonic audio decoders.

In this panel they will share their experiences and insights on producing and exhibiting highly immersive and interactive content, as well as developing the associated software tools.

Presentation 1: Technologies for the next-generation of immersive media

Immersify is a European R&D project funded by the EU’s Horizon 2020 program dedicated to developing the next generation of immersive media and tools. The project’s consortium is made up of the following partners: Poznan Supercomputing and Networking Center (Poland), Spin Digital Video Technologies GmbH (Germany), Ars Electronica Futurelab (Austria), Marché du Film – Festival de Cannes (France), and Visualization Center C (Sweden). The project has received funding from the European Union’s Horizon 2020 research and innovation programme under grant agreement No 762079. 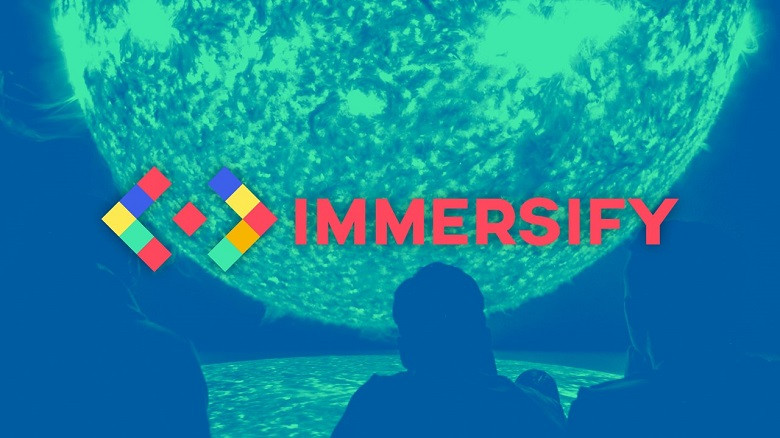