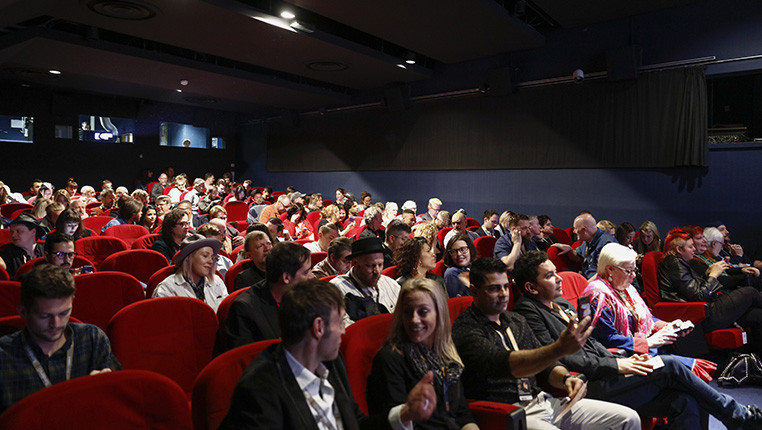 Frontières Platform, the genre-focused event run by Fantasia and the Marché du Film, returns for another edition this year, with 13 projects selected to take part in the showcase, running 10-11 July.

Activities will include the Proof of Concept presentations for projects in the advanced stages of financing, and the Buyers Showcase for films that are in post-production or have recently been completed.

Footage will be screened from seven projects, some of which were shot during the pandemic despite production challenges around the world.

“The selection process has been a real rollercoaster ride. For some time I did wonder whether the pandemic would affect the quality or quantity of projects, but in the end we witnessed a wave of fantastic submissions from all over the world,” said Annick Mahnert, Executive Director of Frontières. “I am really excited by the fact that we will be showcasing the first ever Anime at Frontières and we have some fabulous films from female filmmakers. And going through the project submissions for the summer market, I think it’s going to be an amazing year for Frontières. Filmmakers have been very prolific during the pandemic and this makes me very happy.”

“We are very happy to continue our partnership with the Fantasia International Film Festival. Frontières has proved it’s an essential step for the genre film community and we are proud to contribute helping those films and projects to get financing and distribution,” added Jérôme Paillard, Executive Director of the Marché du Film in Cannes.

ESLUNA: THE CROWN OF BABYLON (Canada)

ALL THE NAMES WE BURIED (USA)

THE ISLAND BETWEEN TIDES (Canada)

📆 The Marché du Film will take place as usual alongside the Festival in Cannes from 6 to 15 July 2021.