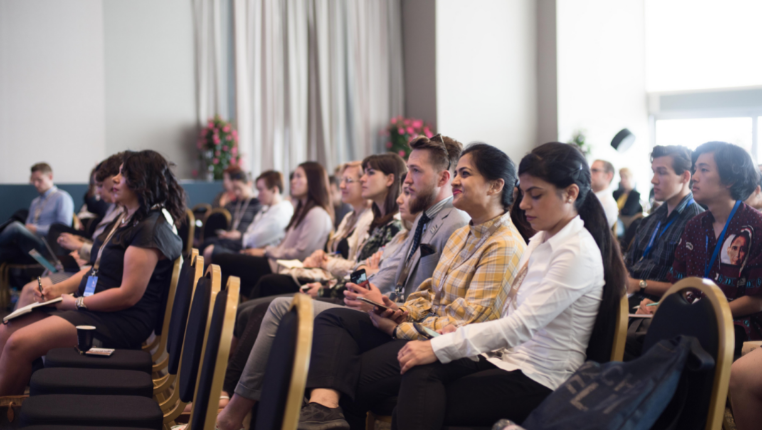 Cannes NEXT, the Marché du Film Festival de Cannes innovation sidebar, is proud to announce the highlight of its 2021 program – an exclusive fireside chat with the master filmmaker Roman Coppola.

The fireside titled “Opening Doors with Decentralized Pictures” will focus on the new “Decentralized Pictures” (DCP) initiative by the American Zoetrope studio set to empower underrepresented filmmakers through a novel and transparent blockchain platform. DCP helps up-and-coming filmmakers greenlight their film proposals through the voting power of the global audience while ensuring transparency by utilizing the power of blockchain technology.

📆 Held on July 12 at 11.00 at the exclusive Main Stage of Marché du Film at the Palais des Festivals in Cannes, Coppola will join Decentralized Pictures CEO Leo Matchett to preview highly anticipated details of the initiative. Topics will include the platform’s innovative and transparent approach to project greenlighting and project development support, including connecting winners to the industry’s leading talent, development, production, and distribution players, as well as mentorship opportunities from industry veterans.

The exclusive will also showcase highlights from DCP’s ongoing beta test with alumni of the University of Southern California’s School of Cinematic Arts. The session is moderated by acclaimed innovation strategist and advisor of Cannes NEXT, Sten Saluveer.

Jerome Paillard, The Executive director of Marché du Film said:
“The DNA of Cannes NEXT is to power connections between the art of filmmaking and the art of technology to set the stage for the future of the film industry. Thus we are very proud to collaborate with master filmmaker Roman Coppola and Decentralized Pictures to highlight this unique and much-needed initiative that brings those two powerful forces together for the benefit of future filmmakers“.

As Roman Coppola comments: “Since my father first founded American Zoetrope in 1969, it has built its legacy on finding new and innovative ways to support independent filmmaking, and the launch of Decentralized Pictures takes this vision beyond Hollywood to empower creators all over the world.” said Coppola. “We’ve been building Decentralized Pictures since 2018 so we can open doors. Helping navigate the hurdles of the industry will aid new talent and bring fresh perspectives to lovers of film, television and all forms of storytelling media.”

About Cannes NEXT
Cannes NEXT is a cutting-edge showcase of innovation at the Marché du Film – Festival de Cannes that can help reshape the film industry. It is a unique gathering designed to enhance partnerships and foster business opportunities by connecting world-class creativity with boundary-pushing innovation.

About MDF
The Marché du Film is THE annual Rendez-vous for professionals across all walks of the global film industry, from producers to distributors, buyers, programmers, and more. With a team of 300 dedicated staff, the Marché du Film provides the top echelon of the entertainment industry with a forum to conduct business throughout the twelve days of the Festival de Cannes. The event provides business opportunities, reinforces international visibility, and puts the industry players in the prime location to discover all of the latest innovations in our rapidly changing industry. It is today the primary gathering place and source of information for more than 12 000 registrants. The Marché du Film is also responsible for cinando.com, the year-round Internet service for professionals, for Producers Network, a program for producers of feature films, Cannes Docs, Cannes NEXT and Cannes XR, meeting places dedicated to documentary films and new models.

About Decentralized Pictures
Decentralized Pictures (DCP) is a 501(c)(3) nonprofit organization composed of filmmakers and movie fans whose mission is to support independent filmmakers with focus on artists from underprivileged and underrepresented backgrounds. Started by a network of industry leaders, including master filmmaker and entrepreneur Roman Coppola, DCP aims to open the doors of Hollywood for those without connections or monetary backing through a fair and transparent blockchain protocol that determines the most deserving artists. By leveraging the platform’s decentralized community voting, voter data insights, and a robust rewards system to incentivize participation in the curation process, DCP provides financing and industry resources to assist budding talent in realizing their films and launching their careers.
www.decentralized.pictures

Roman Coppola
Roman Coppola is an American filmmaker, screenwriter, producer, and entrepreneur. With the 2012 film Moonrise Kingdom, he and co-writer Wes Anderson were nominated for the Academy Award for Best Original Screenplay. In 2016, his television series Mozart in the Jungle won the Golden Globe Award for Best Television Series – Comedy. Mr. Coppola co-wrote the worldwide hit Isle of Dogs, co-written and directed by Wes Anderson. Most recently, he worked on the story of The French Dispatch by Wes Anderson, which he also executive-produced, premiering in Cannes’ 2021 competition. Mr. Coppola serves as president of the San Francisco-based film company American Zoetrope. He is also the founder and owner of The Directors Bureau, a commercial and music video production company.

Leo Matchett
Leo Matchett is the CEO and a co-founder of the Decentralized Pictures Foundation, Inc. He is an Emmy Award winner who grew up in Toronto and has lived in Los Angeles for 15 years working in film production. He brings a balance of knowledge in film, technology and crypto assets. Leo has been involved in tech startups and application development since 2008, developing Artemis Director’s Viewfinder (2018 Engineering Emmy Award Winner), and Techscout Touch for Android and IOS. As an early adopter of Bitcoin, Leo began conceiving ways to bring blockchain technology to the entertainment industry, and its auditability and efficiencies to the filmmaking process. His primary goal is helping creative thinkers concentrate on what is important: the creative.