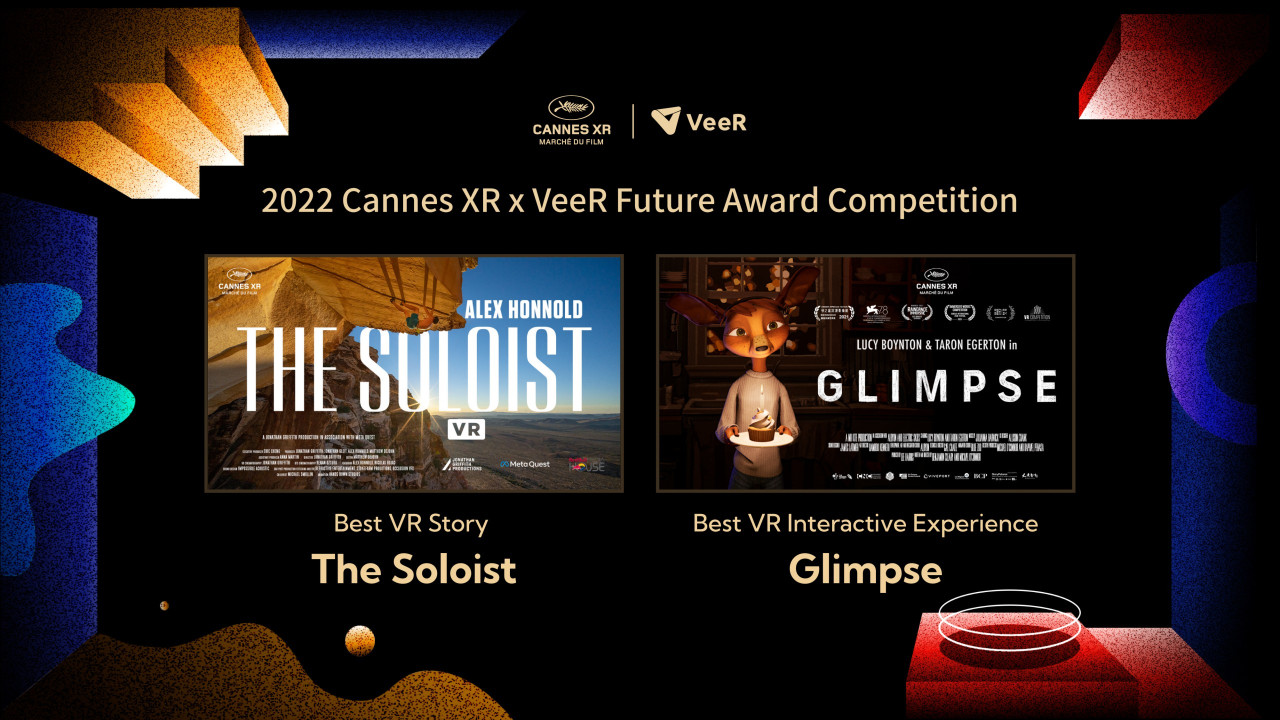 This year, Cannes XR and VeeR received nearly 200 VR projects worldwide, from 3DOF to 6DOF, with a wide range of genres, including 360 live-action, animation, interactive art, documentary, and narrative games. Among them, 18 finalists stood out and competed for the two awards: Best VR Story and Best VR Interactive Experience.

In addition, two winners were announced by Zhang Ziyi (former jury for Festival de Cannes, Actor, Director, and Producer), and Hannah Minghella (President of Motion Pictures, Bad Robot). They are members of the Jury Panel.

The rest members of the Jury Panel who have participated in the evaluation of the two Awards are Michel Reilhac (independent creator of immersive content), Vicki Dobbs Beck (VP of Immersive Content Innovation at ILMxLAB), Kari Skogland (CEO of Mad Rabbit, Emmy®-nominated, BAFTA award-winning director and showrunner), and Doug Chiang (Lucasfilm VP and Executive Creative Director) as the Advisor of the Jury Panel.

They paid close attention to seeing how this technology and immersive experience revolutionized the media and entertainment content and brought their professional perspectives to the judging process.

This is the story of Alex Honnold from the Oscar-winning documentary feature film Free Solo. In this work, the audience will follow the footsteps of Alex Honnold and witness the extreme climbing journey in human history. The project uses the latest VR panoramic shooting technology to restore the uncanny quality of nature. This time, it won one of the two awards of Cannes XR in 2022, which undoubtedly admits the ultimate spirit and professional ability of mountain climbing.

With a high degree of emotional expression, exceptional design, and superb technical achievements, this project presents a breakup story imaginatively. Through the main character’s art, we could delve back through the memories of his relationship from the heart-breaking end to the beautiful beginning. This project is presented by Mr Kite and directed by Academy Award-winning writer/director Benjamin Cleary and VR creator Michael O’Connor.

Guillaume Esmiol,Co-Executive Director of the Marché du Film of the Festival de Cannes, said at the Award Ceremony: « I want to thank our partner VeeR, who organized this virtual exhibition and the VeeR future Award. Cannes XR aims to support the XR community and create bridges between cinema and the XR industry for film professionals and creative artists. I want to thank all the artists and the creators for their participation and for letting us discover their wonderful artworks. This year’s selection includes the diversities that we can find in XR, including many different genres: Animation, Documentaries, Dramas, Comedy, Action.«

Jingshu Chen,Co-Founder of VeeR, attended the Award Ceremony. « I would like to say a big congratulation to all the finalists. This year’s finalist represents the top quality of immersive storytelling in VR. VeeR is very honored to partner with CannesXR for the third year. It was brilliant that CannesXR took a step forward with us and established this very innovative way to exhibit VR works online and offline. During these three years, we’ve witnessed the rise of a new generation of immersive creators and artists. Each year the submissions get more sophisticated and keep pushing the boundaries of immersive storytelling. VR creative industry is young, and we strongly believe it’s full of potential« , Jingshu said.

« It’s been a privilege to be a part of the Cannes XR 2022 Jury. It was a unique experience to immerse myself in this new art form. Virtual reality allows us to step right into the narrative. I was able to interact with the characters, and, sometimes, I was part of the storytelling. This experience opened my eyes to the endless possibilities that this technology can offer film-making », Ms. Zhang Ziyi said.