Cannes XR and NewImages Festival have taken another step forward in 2022 with their second collaboration: the launch of a shared metaverse called, “Alexandria”, which has hosted new immersive works selected by both event organizers. 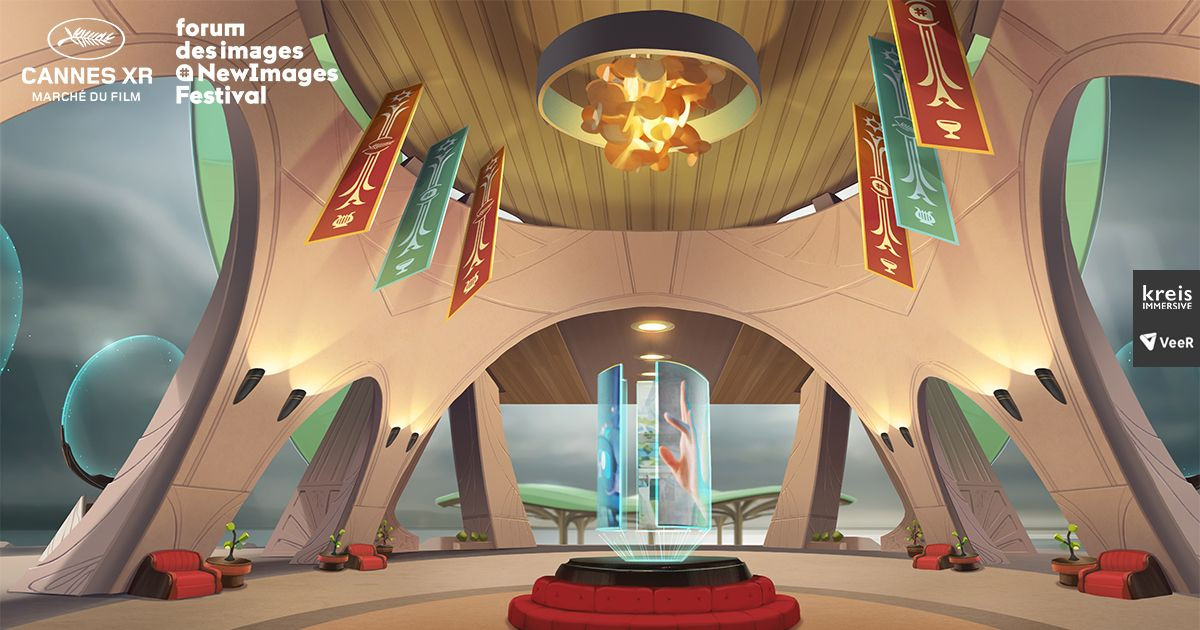 This complete virtual world – created and developed in collaboration with Kreis (a company specialized in the creation of virtual spaces) – has been conceived and designed as a futuristic port, acting as both a symbolic cultural hub and a launching point into other worlds.

The official inauguration has taken place in May during the Marché du Film in Cannes, then in June 2022 for the 5th edition of NewImages Festival. Both events have showcased more than 30 VR works –including many world premieres – which were unveiled to both audiences and professionals in virtual reality. Alexandria’s vocation is to host immersive events throughout the year.

With this new virtual space, Cannes XR and NewImages Festival have created a common metaverse to democratize immersive creation internationally. This virtual exhibition was accessible with a VR headset, via the Alexandria application available online on the Steam platform and on Oculus Quest.

The Cannes XR exhibition, created with its partner VeeR, has been accessible to both public audiences and professionals free-of-charge. Anyone accredited for the NewImages Festival 2022 had free access to Alexandria.

“We’re delighted to participate in creating this truly inspiring virtual environment in partnership with NewImages Festival and Kreis. Opening in May, this futuristic world will host our Cannes XR exhibition which will showcase today’s most impressive VR artworks, carefully curated by our partner VeeR,” says Guillaume Esmiol, Co-Executive Director of the Marché du Film – Festival de Cannes.

“We are very happy to renew our partnership with Cannes XR by launching a more ambitious project, which makes these virtual works accessible in a world without borders. Alexandria is both a shining light on the horizon of immersive creation and the home base for future ‘metaverses’ in art and culture,” says Michaël Swierczynski, Director of NewImages Festival.